Manuh - A replica of the modern day human race, although their eyes fadely glow in the dark. Manuh, unlike Humans, preserve nature, keeping balance between Flora and Fauna.

The Switch - Master of Toggle Skills, specializes in adapting to the environment and getting an advantage over one's opponent.

Feralflower (Active)- A Toggle skill that has two stances: Feral and Splendor.
Splendor Stance (Auto-active at start, or toggled after Feral) - Passively increases Wisdom by one point every five intelligence, and if toggled from Feral Stance, activates a blue, transparent shield orb around the player and their party, protecting from the next attack.
Feral Stance (Turns on if the skill is activated during Splendor Stance) - Passively increases one Intelligence for every five Intelligence, transforms Pharin's fighting style from Magic to Melee, leaving him to fight with his fists, and using Intelligence as the base stat for damage. Upon activation from Splendor Stance, also increases movement speed by 1% every 5 Intelligence for 5 seconds and Pharin's next attack is a slash of his claws on his right hand, dealing 1% more damage than normal attacks for every 5 intelligence he posesses. When Feral stance is active, Pharin grows a tail for extra navigation and traversing purposes, it's as strong as a third arm, leaving it a viable option for attacks, and HAS to stand on all fours. Grows whiskers on his cheeks for a sharper sense of his surroundings, and his eye pupils change shape, leaving him with better sight. 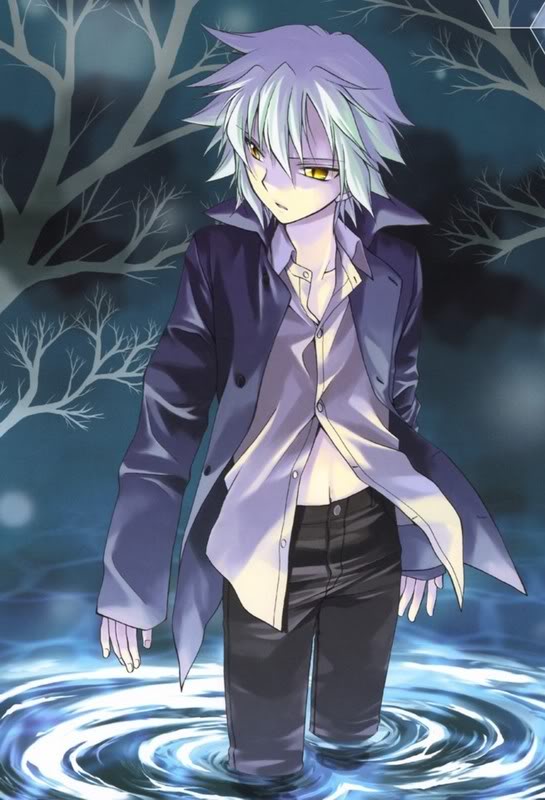 Quite long silver hair covering his bright head, Pharin is one of those Manuh people, that resemble humans in a way no other race does. Although you can separate them by their eyes. Manuh eyes are always fadely glowing, making them different from humans. Pharin's eye glow depends on his emotions. The stronger his emotions are, the brighter the glow is.

Personality: Pharin is like a chameleon, his attitude and personality depends on the people he is currently with. He can be a joker, but he can also get serious when needed.
Back story (Real world): Timothy was always an outcast in school since his very first years. He delved into MMORPG's at a young age, and cought up pretty quickly. The MMORPG games were like a relief to him, where he could be whoever he wanted to be, and now there was a thing like MLO, which immediately caught his interest. His parents didn't really care about him all that much. They were those carefree parents who go out to dinner and leave their kid all alone at home with a few dollars for a pizza or something. He would spend most of the time alone playing video games anyway. He read a lot about MLO, so he knows the basics, now it's time to delve deeper.
Reason you want to join this RP: Because bitch, it seems interesting. Nah, kidding, it seems quite fun and intriguing.
Prove it that you REALLY read the FULL post (Be creative): Uhh, doesn't making my app count as reading the full post? I mean the stats aren't in the app, the class, title, race explanations, and the skill, everything. I mean isn't that enough?