Floor One: Town of Beginnings. 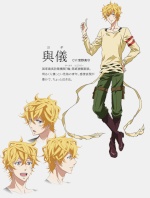 (0/0)
Rowna wake up and yawns, "It's the weekend. Great." He then puts on his NerveGear and logs onto Milheim.

"Ah, now where was I?" He asks himself as he appears in the town of beginnings. "I wonder what the next mission is."

(0/0)
He breathed heavily as he cornered the rabbit after a long chase. "Got you now." He growled as he struck it down. He smiled as he saw the 15 Exp and gold pop up in front of him, grabbing the skin. "Two more to go." He said with a smile as he went on to the next rabbit. He struck it down quickly, getting another 10 exp and gold. "Almost done." he yawned, starting to get tired. "Should I take a break, or just finish this quest?" he asked himself, ultimately deciding on finishing it. "I hate these beginner quests....so boring and repetitive..." he mumbled as he walked twards the next rabbit. "Why oh why couldn't they have let me kept my old stats...woulda been on the 8th floor by now." he moaned as he attacked the last rabbit, getting another 10 exp and gold. He stretched as he walked towards the town portal, feeling his muscles relax. "For a VRMMO, feels insanely real." he yawned as he walked to the Tailor. He handed her the skins and saw the quest complete window with his rewards pop up. He heard a ding and smiled as he knew he had leveled up.

(0/500)
Velk heard faintly someone above water shouting. He ignored it, and got the loot and experience from Andrew's kill. He saw a piranha charge at him, so he sliced at it while it was getting closer. It was swung back a bit, before charging at him, and biting his arm.
"Blob!" Velk made no sound except that, as he stabbed the piranha again, and kicked it off, while trying to regain his balance from the water around him.
I need to get used to fight underwater... he thuoght.
_________________
"I'm looking at my chips bag that's flying away majestically"

(0/0)
"Guess they cant hear me." Chris dives into the water again with his underwater torch. he swims up to velk and taps his shoulder. "Blubllublblub" Chris muttered.

(0/0)
Andrew held his breath as he used the slingshot to shoot three rocks at the pirahna, dazing it, and then finishing it off with another one. "I wonder how these pebbles move so fast underwater." Andrew sent a message to Velk as they got the rewards from that fishie.

(0/500)
Velk was suprised as someone had touched his shoulder, so he quickly turned and striked, getting a notification that PVP was turned off. While doing that, a screen popped up in front of him, telling him the loot he got, whilst getting that, he also got a PM from Andrew.
"I guess it's because it's a game? Isn't it something about that water is hard to replicate? Non the less, we have 3 Fish Bones now, so I believe we have enough? he send to Andrew, as he accepted his quest rewards.
"Blublublub?" Velk bubbled while having a wondering look in his eye.
_________________
"I'm looking at my chips bag that's flying away majestically"

(0/0)
He decided to walk around before taking anymore quests and browse through the shops. As he walked, distracted by all the wares, he bumped into Rowna. "Oh, sorry bout that man." He apologized.

(0/0)
Andrew swam out of the water in a few, and laid down on the grass. "Hey, Velk, we should go back to town now, since we finished this quest. We might find something useful to buy or take another quest." He said as he finished his quest and leveled up.

(0/0)
"So what do we do now?" Andrew asks while standing in the middle of town with Velk. "Another quest?" He continues, looking around. "I will go identify that weapon first!" He said as he looked at the bow he had in his inventory.

(0/0)
"Hm, a hunt for fish bones?" Rowna says to himself, accepting his next quest. "Can't be that hard." He then heads to the entrance of the Lake, but then pauses and thinks, Hmm, I wonder if I'll start out underwater. He holds his breath then enters the zone, spawning underwater, swimming up to the surface quickly. "Ha, I knew it."

(0/500)
Jens Velk looked at Andrew.
"Yeah, let's go identify the bow, if we can. Though I suppose we should either look for some items to buy or do some more quests~~..." He still wasn't used to the celestial voice, but it didn't bother him anymore.
"Perhaps we can find some treasure chests lying around? I dunno."
_________________
"I'm looking at my chips bag that's flying away majestically"

(0/0)
"Alright, then, lets go kill some piranhas," Rowna says to himself as he dives back down, searching for the piranhas, spotting one as it swims toward him.

(1450/2100)
Kid logs back to Milaheim online and it appears that he spawned not far from Andrew and Velk, looks like both of them are talking about something.
"Yo guys, so you guys have leveled too? what are you talking about? wanna embark on the 3rd mission?"
_________________
Raven Taker's uncle IRL. Please report to me if he behaves badly.
Beginner Pixel Artist
if you want a specific Pixel art for your weapon or your skill, don't hesitate to ask me!

)
_________________
Raven Taker's uncle IRL. Please report to me if he behaves badly.
Beginner Pixel Artist
if you want a specific Pixel art for your weapon or your skill, don't hesitate to ask me!

(0/0)
Tyler yawned again as he finished up his browsing, deciding not to buy anything. He went to the vendors and sighed. "Hmmmm...lets just take the next two. May as well knock them out of the way and get it over with. Hopefully Ill be able to take on the boss after they are done." He shrugged and opened up his menu, sending Andrew a message asking what quest he was on.

(0/0)
Andrew looks at Rai. "Yeah, in a bit. First I wanna go identify the weapon I got earlier." He said as he started walking in the general direction of the identifier NPC.

(1450/2100)
"Ah I see, I heard that there is an identifier NPC in the..." suddenly Rai stops moving, and disappeared, meaning that his nerve helmet got disconnected either with the internet or with his brain a.k.a oversleeps.

((well a nice way ending a conversation, need to sleep lol))
_________________
Raven Taker's uncle IRL. Please report to me if he behaves badly.
Beginner Pixel Artist
if you want a specific Pixel art for your weapon or your skill, don't hesitate to ask me!

(0/0)
Andrew and Velk now stood in front of the identifier house, ready to go in. "Let!s go!" Andrew says entering the house. ((BTW I sent you a pm. Check it))

Re: Floor One: Town of Beginnings.